It was more than four months ago that I was lucky enough to reflect on the similarities between the Jays and the Sox. At that time, your Good Guys were battling for first place while the Jays were floundering below the .500 mark. It was still early, but the course was set. Many things would change in the 100-odd games to come, but the end results are the same: Jays fans making excuses as South Siders make October plans. 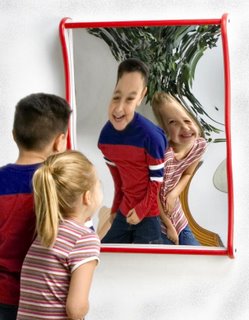 The similarities still exist but are now distorted and unnatural. The strengths of each club are reflected in the other. The Sox bullpen is good, but the Jays’ pen is great. The Sox have a good rotation, one that has performed better than its record indicates, but the Jays rotation, buoyed by superb defense and contract carrot-dangling, has been even better. The Jays changed managers, played hot and cold for alternating months and seemed incapable of scoring runs at times. Ozzie Guillen reverted back to the full crazy, nobody objected and everyone was better for it. The Sox evolved from a strong offensive club into some sort of unstoppable offensive juggernaut, battling the Twins for the Central division crown.

Ah, that glorious offense. Scoreboard exploding, fist pumping, red blooded American power. Consider that Jermaine Dye, Carlos Quentin, Jim Thome and Nick Swisher total more home runs than the Toronto Blue Jays baseball club. Sox rookie second baseman Alexei Ramirez has 16 home runs, as does $18 million a year centerfielder and franchise cornerstone Vernon Wells, the team leader in home runs that has missed more than 50 games to injury. Simply put, the Jays’ offense was so bad for so long, it cost them their season. It’s still terrible, but improved to the point that it doesn’t cost them game after game.

The gnashing of teeth and punching of bats will reach a fever pitch this week in Chicago, if the Jays pitching shuts down the Quintin-less Sox. But Pale Hosers should take heart in one thing: the Twins really aren’t a good team. Their recent trip through Toronto exposed them as frauds in mine eyes. You can ride smallball, fundamentals and dumb luck for a little while, but not doing any one facet of the game particularly well will catch up. So enjoy your October baseball Chicago. I doubt you’ll lose sleep if one of baseball’s better teams isn’t there to join you.

Lloyd the Barber writes about the Blue Jays at Ghostrunner on First and serves as the weekend editor at Walkoff Walk. He’s actually quite alright with moral victories.